The living tradition that we share draws wisdom from the world’s many religions, which inspire us in our ethical and spiritual life. Our mural depicts symbols from many of these faiths. A wood mosaic, our mural consists of about 5,000 unpainted wood blocks cut from used objects found in New Mexico, mostly in the Jemez mountains (fencing, doors, building sides, and so on). All the color is original to the wood as found.

Confucianism
A yin yang–a symbol of the balance of opposites–is surrounded by hexagrams from the I Ching, an ancient Chinese system of meditation and divination. Click on the image to view a larger version.

Judaism
The six-pointed star of David (the Magen David) has been the symbol of Judaism since the Zionists adopted it in the 19th century.

Christianity
A Roman cross evokes the crucifixion of Jesus Christ in Christian teachings.

Astro-Worship
A star represents the ancient tradition of worshiping the heavens.

Unitarianism and Universalism
Intertwined circles with a cross and flaming chalice symbolize the merger between Unitarians (a chalice) and the Universalists (an off-center cross) in 1964.

Greek Orthodox
A Greek Orthodox cross has three branches; tradition states that the cross of the crucifixion included a footrest and a sign above Jesus’s head bearing the letters INRI (King of the Jews).

Zoroastrianism
A vase of fire symbolizes the Creator’s energy in Zoroastrian tradition.

Sun Worship
In Zoroastrianism, the sun represents the eternal war between the powers of light and dark.

Egyptian
An ankh is the Egyptian hieroglyph for “life,” a combination of the symbols for Osiris (male) and Isis (female), the union of two principles, heaven and earth.

Heart
The heart is a symbol of spirit and love in many religions.

Hinduism
An om is the symbol of oneness in the Hindu and Buddhist traditions.

Islam
A star and crescent symbolize the teachings of Islam.

Early Christianity
The letters “IHS” represent a monogram for “Jesus Christus” in Greek.

Hinduism
The lotus blossom, a Hindu and Buddhist symbol, represents the flowering of the human spirit.

Shinto
Worshippers bow and salute the gods when passing under a torii, or gateway, when entering a Shinto shrine.

Greek
Crux immissa quadrata, the equilateral cross, is also known as the patriarchal cross or the Greek cross.

Early Christianity
The fish was an early symbol for Christ, the fisher of men.

Buddhism
The eight spokes on the Buddhist wheel of life denote the eight-fold path. 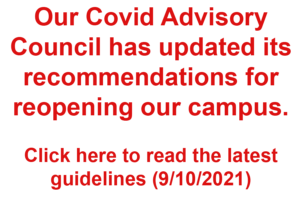 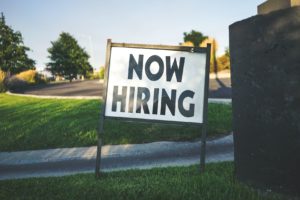 Highlights from the Sunday Service