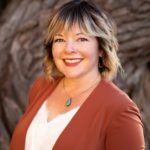 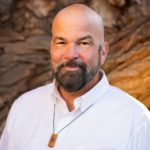 Rev. Bob LaVallee is white, cisgender, heterosexual, and male. He’s from Buffalo, NY and has lived all over the place. He was an artillery officer in the Marine Corps, served as a civilian contractor in Afghanistan, and trained as a chaplain at the VA in New York City. Prior to the ministry, Bob drove ice cream trucks, lead bike tours, managed a homeless shelter, and did a lot of nonprofit management. He was a founding member of the Buffalo, NY chapter of Showing Up for Racial Justice and relishes the memories of disrupting a Trump campaign rally and occupying the county sheriff’s office.

Bob’s spiritual journey has been less interstate highway and more crooked path. He was raised very Roman Catholic and even wanted to be a priest when he grew up. He’s studied and practiced Buddhism, including stays at the Zen Mountain Monastery in the Catskills region of New York. He attended Meadville Lombard Theological School and was ordained into Unitarian Universalist Fellowship in 2018. Bob has worked as a hospital chaplain in a substance abuse disorder ward, ICU, ER, and hospice. He served as Interim Minister at South Valley UU Society outside Salt Lake City, Utah.

Bob is a believer that Unitarian Universalism can make us larger, freer, and more loving. 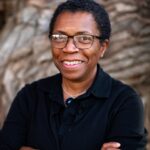 The Rev. Jane E. Davis (she/her/hers), is a community minister affiliated with First Unitarian Church of Albuquerque. A community minister focuses on service outside the walls of a congregation. Rev. Davis is called to a Unitarian Universalist healing ministry serving people seeking recovery, primarily with those seeking recovery from ineffective coping mechanisms including, but not limited to, alcohol and other drugs. Rev. Davis currently works with those returning to our community from incarceration with Health Care Services Cooperation (HCSC) in the Behavioral Health Justice Program. 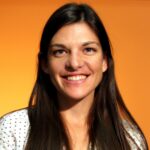 Kristin is a lifelong Unitarian Universalist, who recently moved her from Truckee, CA, where she was completing her MDiv and serving as a Director of Religious Education at a congregation just over the border in Reno, NV. She will be serving the church as our intern minister into May 2023 for the final stage of her ministerial formation process.